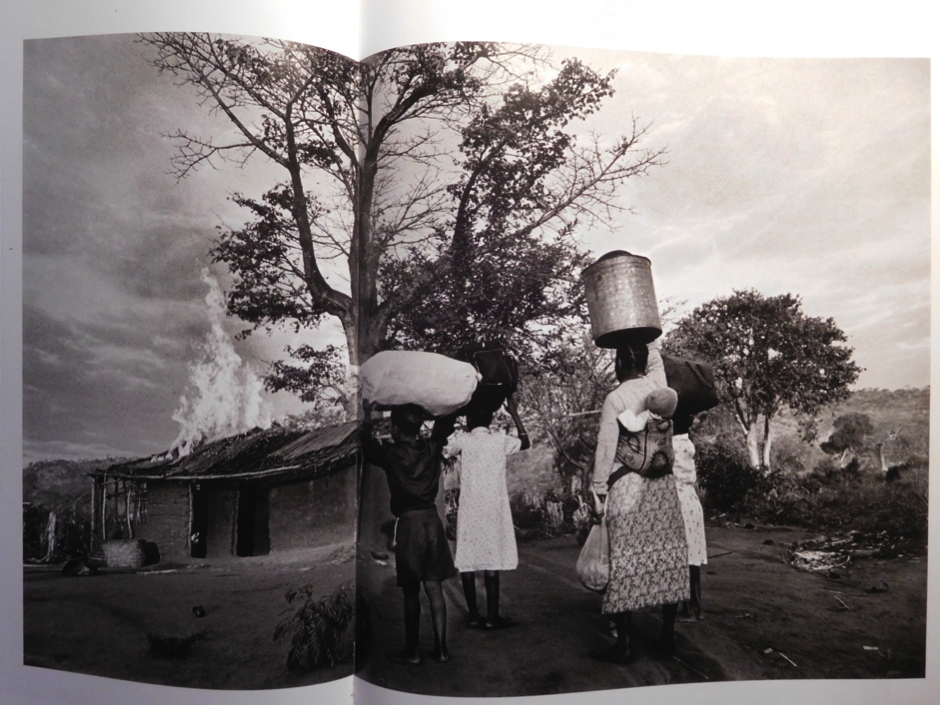 Poem inspired by a photograph by Sebastião Salgado, in which a woman with her children watch their own house go up in flames. During the years of the war of independence in Mozambique, many sought exile in the neighbouring country of Malawi. However, when they were allowed to return, they set fire to their houses in Malawi, as a symbol of their determination to return to Mozambique.

In burning the house that kept us,
we are not being ungrateful,
nor is it a gesture of anger.
This is a decisive blow,
a means of destroying the door
to future desires of return.

We make ourselves homeless to go back home.

May this land we leave be reborn.

Malawi for us is no more.
But does our Mozambique still exist?