The gaze of the dwarf 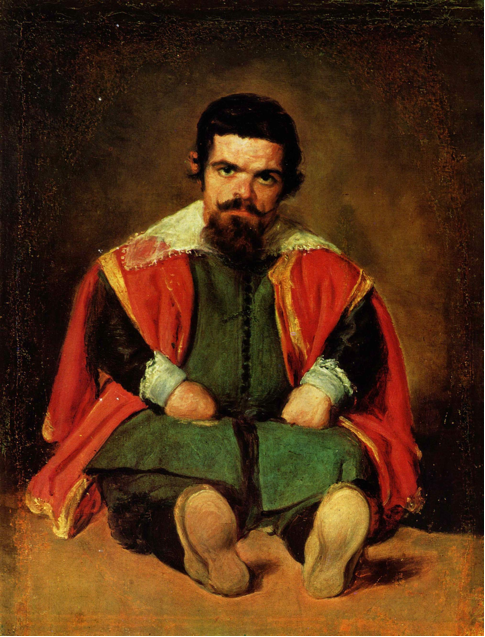 After the painting Portrait of Sebastián de Morra,
by Diego Velázquez (1599-1660)

The direct gaze of this dwarf does not lower.
(Whoever considers himself to be his king is mistaken).
Rich clothes are not enough for a body that is poor –
falsehood scribbled on skin covers only his complexion.

In the seed where he was twisted,
the mirror-sun of his other self remains.
There, far away from the kingdom that made him
comic, a root with nothing weak.

In the root, a steady man keeps far away.
The other one dances, while he watches himself from the dark.
Under the stage, lonely and without yearning,

he sees more clearly and confronts everything – secure.
He is imposing, though he is looked at from above.
Laughter hoping to ensnare misses the point.